By Sally J. Terroux (Re-posted from AKC Gazette, July 2008, Vol. 125, No. 7)
Part Two
The best guidelines for examining and evaluating the Flat-Coat head are the two outline drawings that appear in our illustrated breed standard.

The Flat-Coat head should be evaluated from the side, as shown in one of the outline drawings, to judge the stop—which should be both minimal and very gradual. The brow over the eye is raised and if viewed from an angle it can appear to be a pronounced stop, which is a serious fault in the breed. Viewing the profile of the head from the side is also the only way to evaluate the relationship of skull to muzzle, and the depth of muzzle throughout its length. If a dog is lippy, be sure that you are evaluating the bone structure of the muzzle with the mouth closed and the lip moved out of the way. The top of the head should appear neither dished-face nor down-faced.

The other outline drawing shows the head, as viewed from above. This is how the top of the head should be studied. Hold the ears out of the way to evaluate the width at the back of the skull, which should be no wider than the width of the skull at the eyes. There should be no dip or chiseling beneath the eyes, but as much fill as possible, creating as straight a line as possible down each side of the face. There shouldn’t be any bulgy cheeks; the Flat-Coat head has clean lines overall. The muzzle will never be as broad as the skull but should be as broad and as deep as possible, right down to the broad nostril. The scissors bite is preferred, but a level bite is acceptable. The jaws are long and strong with a broad, strong underjaw.

The occiput is not accentuated but forms a gentle curve where it fits strongly into the neck.

Ears should be relatively small. Most Flat-Coat ears easily reach to the corner of the eye but are not pendulous or houndlike. They are well feathered. The feathering can be trimmed to the outline of the ear and blended in with plucking or stripping, but the hair on the ear should never be trimmed short. The set of the ear is close to the side of the head. When alert, the inside corner of the ear at the top is level with the top of the head and never higher. Nor is the ear ever low-set or houndlike.

Eyes are almond shaped, of medium size, and set widely apart. Raised, mobile brows give the Flat-Coat an intelligent and kind expression. Eye color is dark brown or hazel and, even with a liver dog, blends with the coat color. Eyes are not large or round or yellow in color. Eye-rims are tight and self-colored. The lips and the nose are also self-colored. When judging eye color on a young puppy, have the puppy held up facing the sun. This will help you to better judge the depth of the color. Tightness of eyelids can change as the puppy develops, but if the puppy has heavy flews (lips) he or she will probably have loose lower eyelids as well. 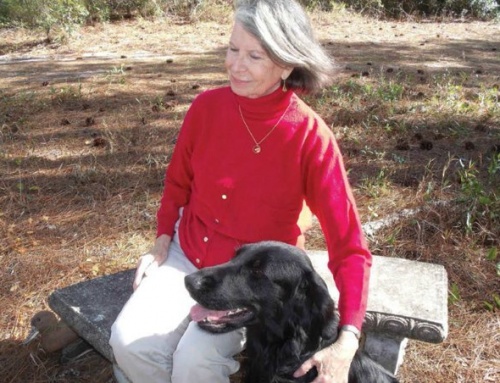 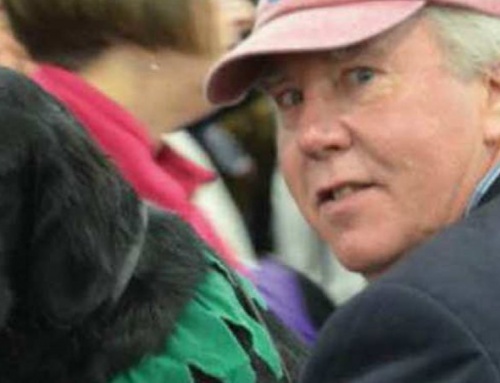 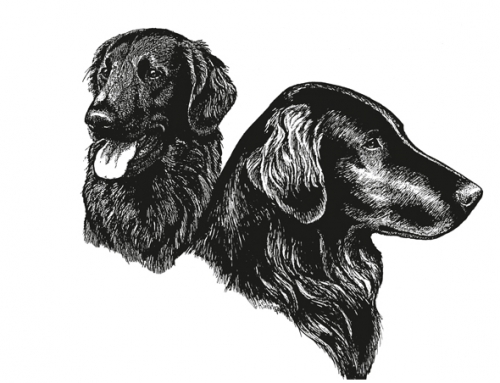 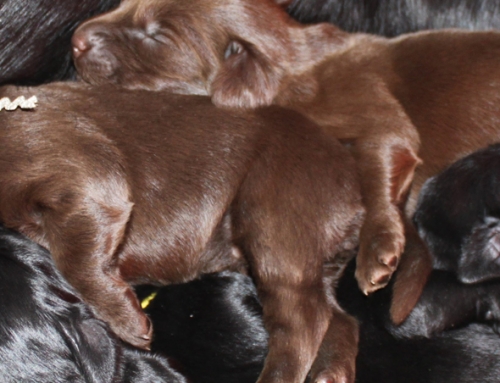 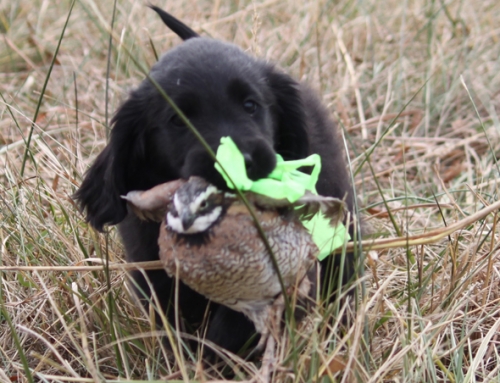 So You Want to Breed Your Flat-Coat? Think Again! Gallery

So You Want to Breed Your Flat-Coat? Think Again!